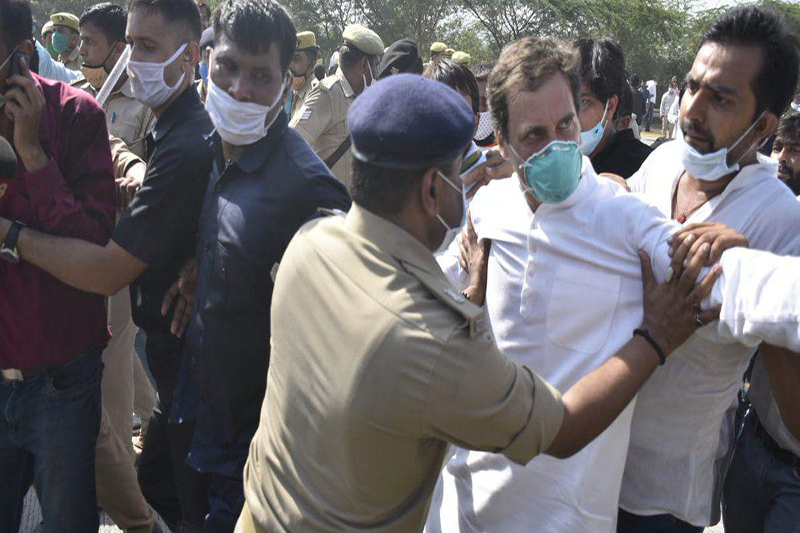 after he, his sister Priyanka Gandhi with scores of party workers were stopped from marching on the Delhi-Noida higway to Hathras to meet the family of 19-year-old Dalit woman who was gang-rapedand died in a Delhi hospital earlier this week.

The two leaders have been detained. However, the Congress alleges that the Gandhis have been arrested.

The police stopped the Gandhis, citing imposition of Section 144, which prohibits assembly of four or more people.

Pictures from the scene showed Rahul Gandhi being held back by the cops, in one of the shots he is seen taking a tumble while a policeman is holding on to the leader’s kurta to stop him from falling. In the next snap, the Congress leader is on the ground. The party workers and his security men quickly gathered around to help shore him up.

Gandhi said he would peacefully march alone to Hathras as that would not be in violation of Section 144 that prohibits public assembly. He demanded to know under which law he was being stopped.