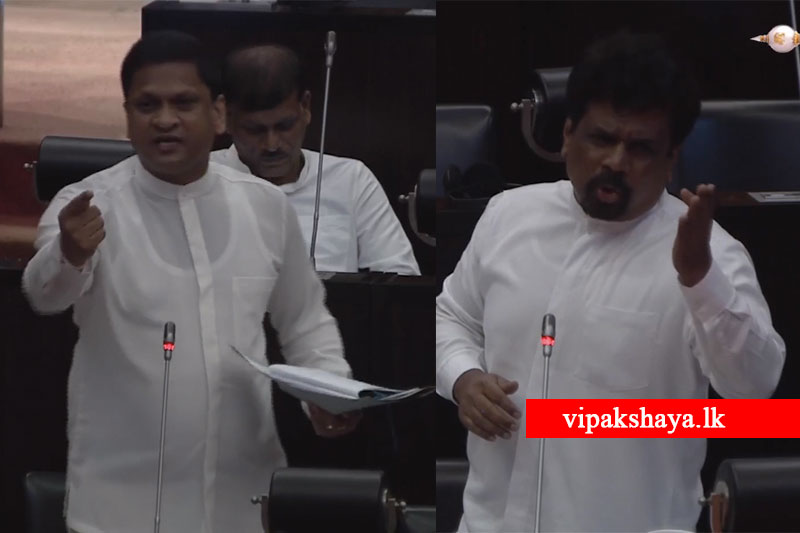 The two Parliamentarians clashed after Dissanayake attempted to correct facts in the speech delivered by State Minister Lansa.
Responding to Dissanayake, Lansa accused the MP of failing to raise his voice during the 1983 riots in the country.

The JVP leader in return said he could only hold a bet with Lansa on where the best drugs are dropped off in Sri Lanka.