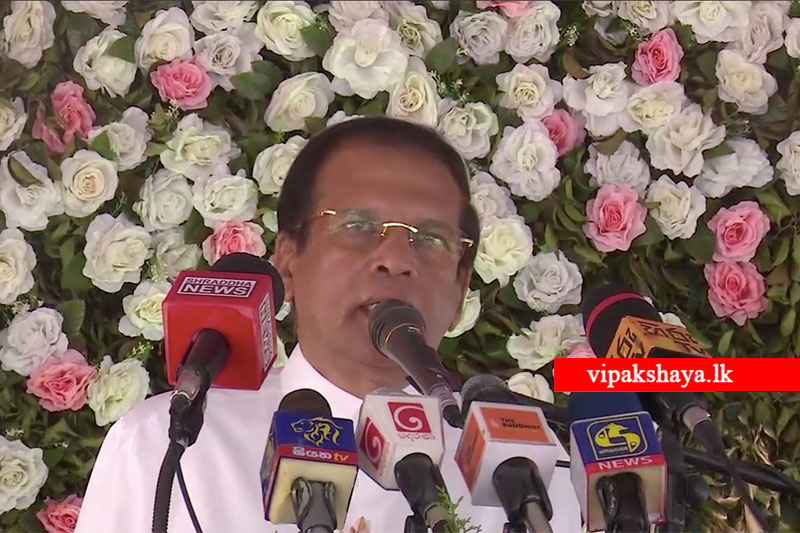 Addressing a gathering at an event today, former President Maithripala Sirisena has said that the United States could not prevent the 9/11 attacks even after receiving

intel about it 2 weeks prior.

He also said that Terrorism and Extremism are threats not only faced by Sri Lanka but the entire world.

“The most powerful country in the world could not prevent the attack on it’s security headquarters- the Pentagon and the loss of thousands of lives” he said.

The former President was addressing a gathering at an opening of a library where Ven. Gnanasara Thera also took part.