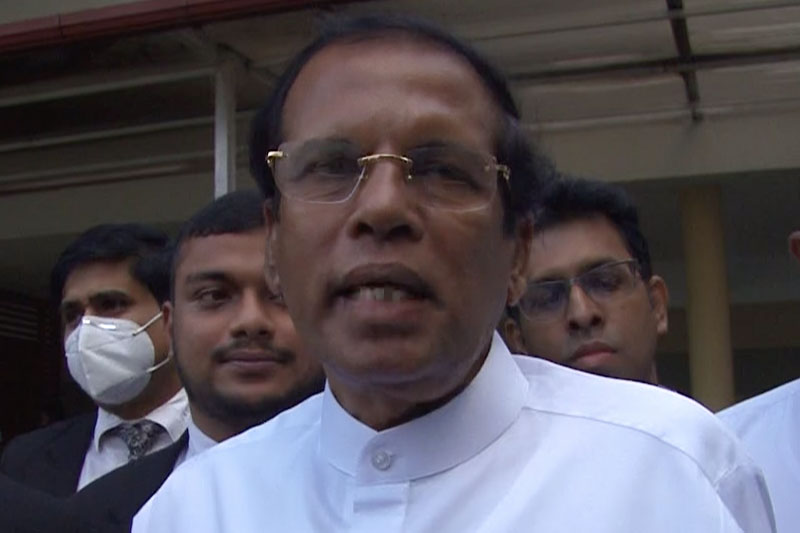 Former President Maithripala Sirisena has claimed that if he was properly briefed on the foreign intelligence reports received on the threat of an attack, the Easter Sunday

terror attacks could have been averted.

Sirisena made the statement yesterday when testifying before the Presidential Commission of Inquiry (PCoI) appointed to probe the Easter Sunday Terror attacks.

He said those entrusted with briefing and following up foreign intelligence reports had failed to carry out their duties.

“If I was briefed on the reports properly, I would have called off my overseas tour and taken all measures to prevent such attacks,” Maithripala Sirisena said during his nearly 06-hour long interrogation.

Claiming that he was kept uninformed of such attacks, Sirisena said that from 08th April till 16th April 2019 he had attended multiple events with the former IGP Pujith Jayasundera and former Defence Secretary Hemasiri Fernando and neither one had informed him of the potential attack or foreign intelligence report received on the possible threat on 04th April.

Head of the Presidential Security Division DIG Rohan Silva had requested for a threat assessment report from the head of the State Intelligence Service (SIS) Nilantha Jayawardena prior to Sirisena’s visit to Batticaloa in April, and was only reported of some unrest among various groups in the area and not on the potential attacks, Sirisena further said.

The former President further said that he was made aware of the attacks only after it had occurred and while he was receiving treatment in Singapore.

When inquired from the SIS Head Jayawardena as to why he wasn’t briefed on the intelligence report, Jayawardena had said that former IGP Jayasundera and former Defence Secretary Fernando were made aware of the report but had failed to follow through and brief the President, Sirisena explained.

Maithripala Sirisena further testified saying that he was only informed of Zahran Hashim in 2019 and had immediately instructed relevant officials to apprehend the man.

He added that a decision taken to ban the Niqab due to growing extremism in Sri Lanka had been prevented by former Prime Minister Ranil Wickremesinghe under the basis of further discussions being required on the matter.

Former President Maithripala Sirisena has been summoned before the PCoI once again on the 12th of October.